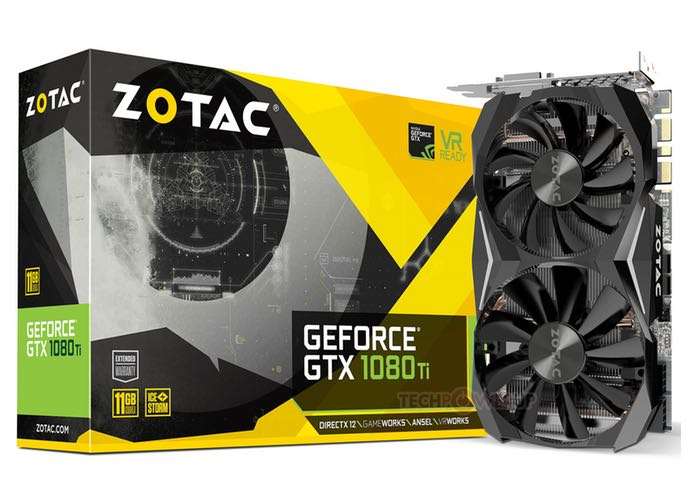 The ZOTAC GeForce GTX 1080 Ti Mini features three DisplayPort 1.4, and one each of HDMI 2.0b and dual-link DVI and is expected to be officially launched during the upcoming Computex 2017 technology event.

ZOTAC have equipped the card with a PCB that measures under 20 cm in length combined with a 21.8 cm (8.3-inch) long cooler, aluminium fin-stack cooler with a pair of 90 mm fans. ZOTAC have stick to NVIDIA reference speeds, and the card draws power from a pair of 8-pin PCIe power connectors.

As soon as more information is made available on specifications, pricing and availability we will keep you up-to-date as always.