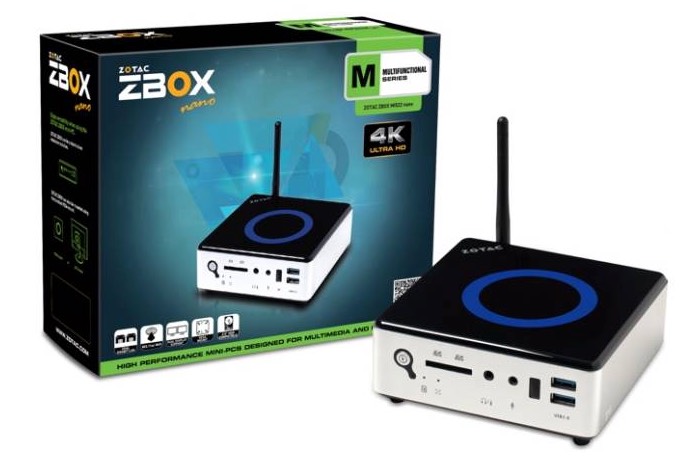 Zotac has this week unveiled new details on a range of new mini PCs the company is planning to add to its already existing line-up of mini desktop computers, but will now be powered by Intel’s Broadwell processors.

The latest addition to the Zotac ZBOX nano line will all feature 5th-generation Intel Core Broadwell chips and measure roughly 5 x 5 x 2 inches in size offering a similar form factor to other systems in the range.

The new Zotac ZBOX nano mini PCs will support up to 16 GB of RAM and will provide a range of processor options depending on your budget and requirements. For example the Zotac ZBOX MI522 nano system will be equipped with an Intel Core i3-5010U processor, while the ZBOX MI542 nano is equipped with a Core i5-5200U processor.

other features of the new mini PC systems include HDMI and DisplayPort, dual Gigabit Ethernet ports, 4 x USB 3.0 ports, 1 x USB 2.0 port, together with the obligatory microphone and headphone jacks.

Storage on the systems are provided by 2.5 inch drive bays for SATA either hard drives or solid state disk (SSD) and connectivity is provided by support for both 802.11ac WiFi and Bluetooth 4.0. Unfortunately no information on pricing or worldwide availability has been released as yet by Zotac, but as soon as information is announced we will keep you updated as always.