A new creation has landed on the Kickstarter crows funding website this month in the form of the new Ziphius Aquatic Drone created by Azorean Aquatic Technologies based in Portugal.

The Ziphius Aquatic Drone is the very first app-controlled aquatic drone that plays augmented reality games and shows autonomous behaviors. Watch the video after the jump to learn more about the Ziphius project and see it in action. 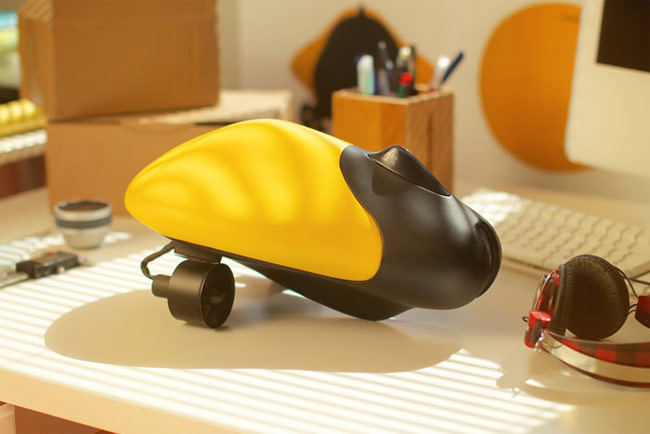 The Ziphius is equipped with a 720p camera and can be controlled up to 300ft from yor mobile device. Its on board battery provides enough power for an hours worth of play and the Ziphius can reach a top speed of 6mph. Its creators explain:

“Imagine the cutest gadget ever: an app controlled drone that responds to your smartphone or tablet commands in real-time. It allows you to see more than meets the eye and take pictures or videos of your aquatic experiences. Ziphius™ is easy to play with. Its processing power allows you to play augmented reality apps, where you can explore virtual worlds. Like a pet, it expresses its emotions and shows autonomous behaviors.”