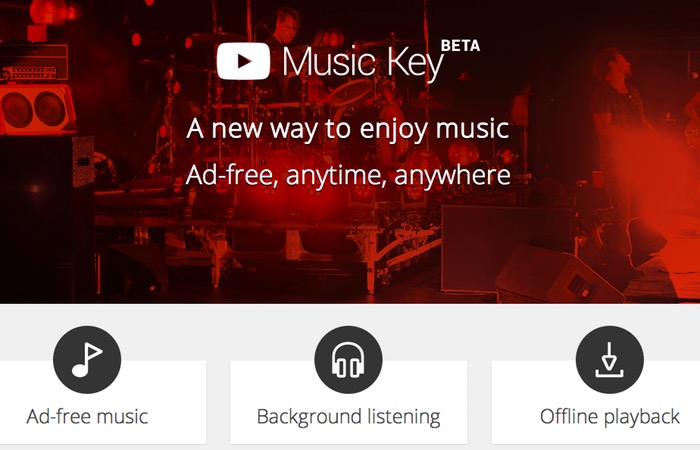 After Google announced the launch of their new YouTube Music Key service last week, it was still unknown whether this new service will be available to subscribers of Play Music.

However today it has been confirmed that Google Play Music subscribers will receive access to the new YouTube Music Key service without the need to pay any additional fees allowing the enjoyment of YouTube music videos advert free.

The new YouTube Music Key subscription service has launched into a beta stage of development and allows you to listen to music on YouTube advert free as well as downloaded for off-line listening.

For those of you that aren’t already subscribers to Play Music there will be an $8 per month subscription for the Music Key service. Watch the video below to learn more about the new service recently launched by Google into its beta development stage

“You’ve watched, shared, remixed, invented, parodied and whatevered your favorite songs, making YouTube the ultimate place for artists and fans to connect. To celebrate all that music and unlock new ways to enjoy, we’re making it easier to find new music on YouTube and rock out to old favorites. Plus, we’re starting the launch of a new subscription service that lets you watch and listen to music without ads, in the background or offline.”

For more information on the new YouTube Music Key jump over to the official Google website for details.