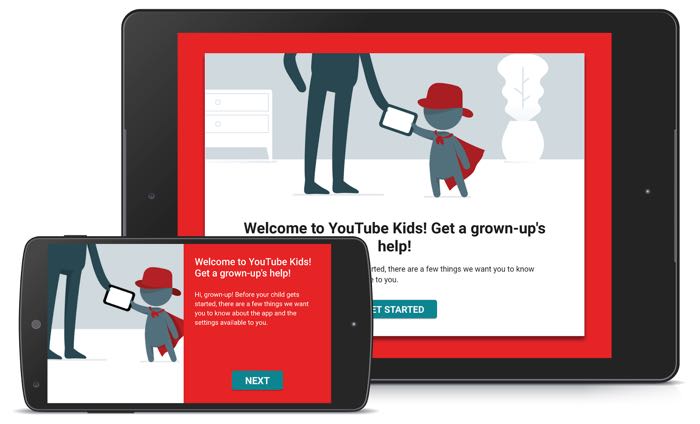 Google has released a new version of their YouTube Kids app for Android and the latest version of the app brings a range of new features.

Kids can now use the app to watch videos on a large display using devices like the Apple TV, Google Chromecast and more.

It’s been a busy few months for YouTube Kids. In February, we released our app, designed especially for kids, to bring to life the best family-friendly content on YouTube. Since then, families have downloaded YouTube Kids more than 8 million times, consistently ranked YouTube Kids in the top 5 kids apps in the App Store, given an overall 4+ rating on Google Play and watched Stampy Cat explore the world of Minecraft more than 54 million times.

Not bad for a seven-month old.

When we announced the app, we said YouTube Kids was our first step in reimagining YouTube for families. And we’re always looking for ways to make it even better. So today we’re sharing some new ways we’re helping parents and kids enjoy the family content they love:

You can find out more details on all of the new features that is available in the YouTube Kids apps over at Google at the link below.