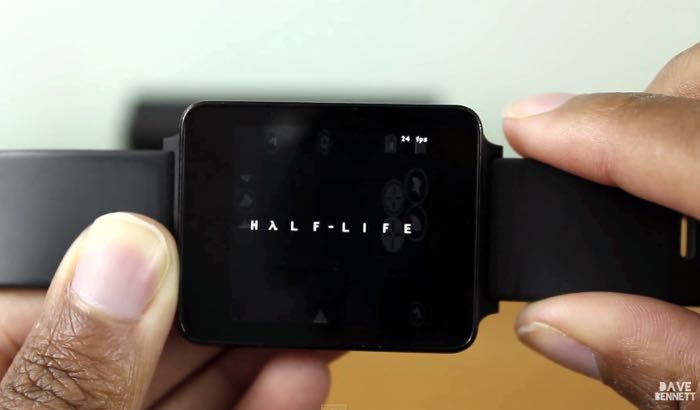 The video below shows Half Life running on  the 1.65 inch display of the LG G Watch, obviously the game is slightly more difficult to play on such a small display.

Surprisingly, the performance was not as bad as I was expecting. At times, the game got as high as 30fps and other times as low as 2 fps. Of course, things such as the lava graphics and special lightening caused a huge drop in fps. Also, trying to play a game on Android wear is a nightmare within itself. The app offers touchscreen controls, but on a 1.65 inch screen, they are almost impossible to use. Also, swiping to the left causes the screen to go back to the previous window.  Are you still interested in doing this haha? If so, here’s a rough guide on how to play half life on Android wear..

You can find out more details about how to get Half Life running on your Android Wear device over at Dave Bennett’s website at the link below.