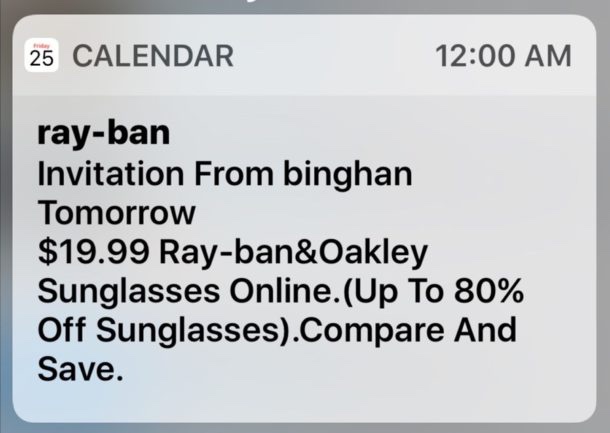 We recently heard that Apple were working on a fix or the iCloud Calendar spam that would show up in your calendar when an event was found in your email.

Apple has now added a report junk feature to its iCloud Calendar, so now when you get a notification in the Calendar app you can report it as junk.

Apple is apparently rolling this feature out in stages, at the moment it is only available in the Calendar in iCloud on the web.

The company will also be rolling the feature out to its iOS devices like the iPhone and iPad, the report junk feature is only shown when you receive an email from someone who is not in your contacts.