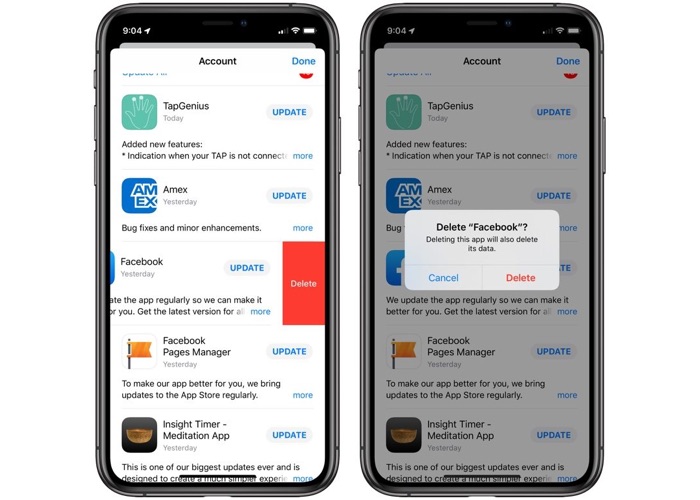 At the moment if you want to delete an app on your iPhone or iPad you have to hold the app until a small ‘X’ appears in the corner, you can then delete it. There will be another option for this is iOS 13.

In the next major release of Apple’s iOS, you will be able to delete apps from the update list on your device. When you go to the update list in the app store, you can now either choose to update the app or delete the app, this can be seen in the picture above.

This works the same way as deleting emails and more, this new feature was discovered by Brian Stucki, who posted about it on Twitter.

iPadOS let’s you delete apps from the update list, before or after an update is completed. This has been on the wishlist for years. pic.twitter.com/G7WMFjDauN

Apple’s iOS 13 comes with a range of new features and more and more are being discovered as time goes on. The software is expected to be released some time in September along with the new iPhones.