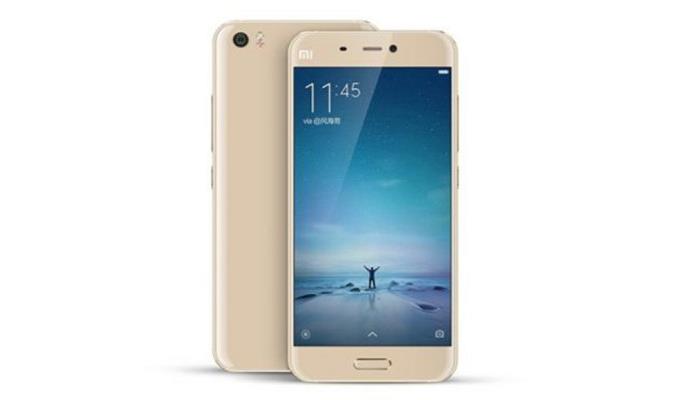 Over the past few weeks, we’ve heard quite a lot about the upcoming Xiaomi Mi5, which is expected to see the light of the day on February 20th, with availability expected to commence the next day.

Recently, the alleged Xiaomi Mi5 was spotted on Gearbest revealing how the handset may look like along with the possible specifications of the handset.

According to the GearBest product listing, the alleged device will boast a 5.2-inch display sporting a resolution of 2560 by 1440 pixels resolution and a Qualcomm Snapdragon 820 processor under the hood. There’s 4GB of RAM, 16MP camera for photos and videos, 8MP front-facing camera, and will ship with Android 5.1.1 Lollipop with MIUI 7 on top of it.

There are two configurations listed: one features 16GB of internal storage while the other one comes with 64GB. Unfortunately, the product listing says there’s no microSD card slot, but there’s a possibility that the company may use multi-purpose SIM card slot which can also be used as a microSD card reader.

Furthermore, the handset will hit retail in three color options: black, white and gold. As for pricing, the 16GB variant is listed for $625 while the bigger 64GB Xiaomi Mi5 costs $728 which is quite hefty. It remains to be seen what the company has planned but we’ll update you as soon as we hear anything more.