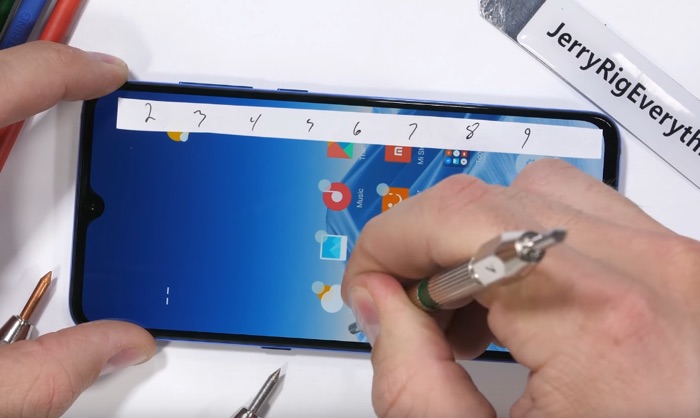 The Xiaomi Mi 9 smartphone launched recently, the handset comes with some high end specifications and now we get to see how durable the handset is.

JerryRigEverything has released a new torture test video for the Xiaomi Mi 9 and we get to see the handset put through a scratch test, burn test and a bend test, lets see how the device performs.

As we can see from the video the new Xiaomi Mi 9 smartphone performed fine in the scratch test with scratches appearing at levels 6 and 7, this is similar to most of the handsets on the market. The device also did well in the burn test and also in the bend test.
Source JerryRigEverything