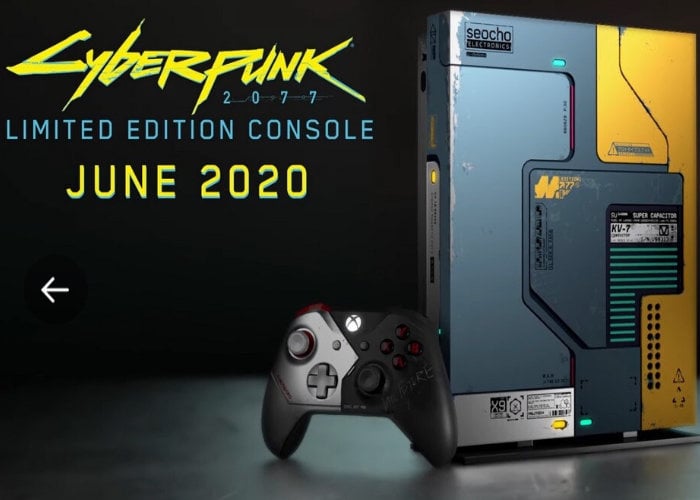 Microsoft has unveiled a new limited edition Cyberpunk 2077 Xbox One X console that will be launching during June 2020 approximately three months ahead of the actual games release, pencilled in for September 17th 2020. But don’t expect to get early access to the game in June, the Cyberpunk 2077 Xbox One X will ship with an included digital copy of the game, probably a redemption code to be used closer to the games’ release date.

“The console also features a blue LED status light, glow-in-the dark decals, laser etchings to the chassis, and customized panels. The controller has also seen a change in coloring and decals, and is customized according to the in-game color scheme that best characterizes the iconic Johnny Silverhand, aka Keanu Reeves in-game.” 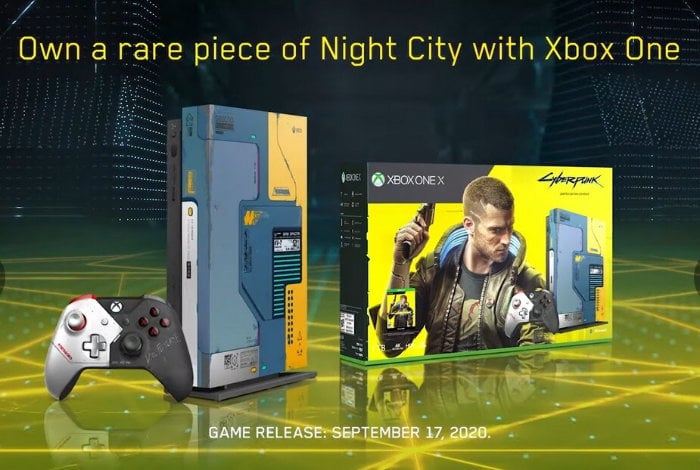 – PLAY AS A MERCENARY OUTLAW Become a cyberpunk, an urban mercenary equipped with cybernetic enhancements and build your legend on the streets of Night City.
– LIVE IN THE CITY OF THE FUTURE Enter the massive open world of Night City, a place that sets new standards in terms of visuals, complexity and depth.
– STEAL THE IMPLANT THAT GRANTS ETERNAL LIFE Take the riskiest job of your life and go after a prototype implant that is the key to immortality.