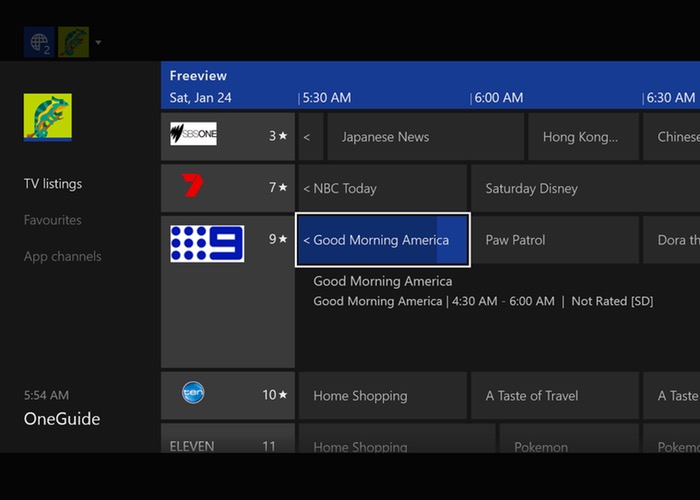 Microsoft has rolled out a new update for the Xbox One SmartGlass Beta application which has brought with it a number of new features and enhancements to enjoy.

One of which is the highly anticipated addition of the OneGuide to the Xbox One SmartGlass app allowing Xbox One users to check listing for terrestrial TV channels.

The new OneGuide features can then be integrated with all of Microsoft’s other media options such as YouTube and TV apps and more. But unfortunately you are not able to watch those channels directly from the OneGuide interface as yet until it the service is officially launched in the coming weeks.

Microsoft is planning to launch new hardware during March 2015 in the form of the Xbox One Digital HD Tuner that will be available to purchase for $40. Enabling Xbox One owners to view TV content directly on their console and stream content to other mobile devices such as smartphone and tablets using the Xbox One SmartGlass application. It will be interesting to see after next month’s launch whether Xbox One users rate the new features as something they would like to add to their entertainment system for the extra $40.

If you would like to see what is currently available Microsoft has made OneDrive available in the Xbox One SmartGlass Beta preview. Jump over to the Microsoft Xbox One website to learn more about the latest beta software and how to gain access to it.