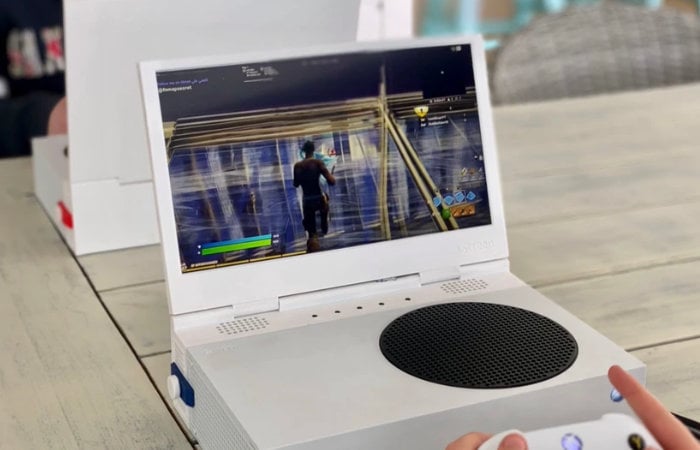 Xbox gamers that would like to transform their Xbox Series S console into a mobile laptop style gaming system may be interested in a new Xbox monitor specially designed for the latest generation of Xbox consoles. The aptly named xScreen adds an integrated folding screen to your Xbox Series S and has been created by a team of engineers based in Sydney, Australia. No console modification is required and the screen removes the need for any HDMI cables and doesn’t require any extra power cables to be connected to the screen. 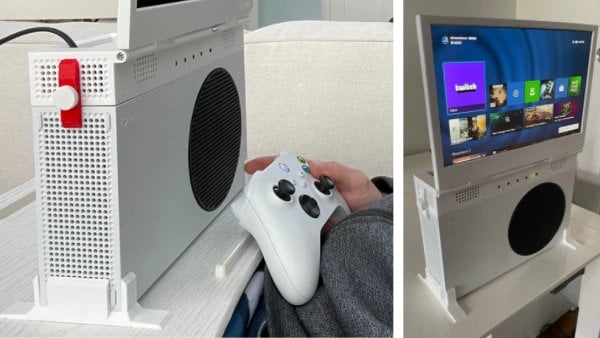 Early bird pledges are now available for the unique project from roughly $189 or £140 (depending on current exchange rates), offering a considerable discount of approximately 20% off the recommended retail price, while the Kickstarter crowd funding is under way. If the xScreen campaign successfully raises its required pledge goal and the project completion progresses smoothly, worldwide shipping is expected to take place sometime around January 2022. To learn more about the xScreen portable Xbox screen project view the promotional video below.

“The power and performance of the Xbox Series S can now be taken anywhere. xScreen Xbox monitor perfectly complements the stunning aesthetic of the Xbox Series S to create a single cohesive unit. xScreen transforms your Xbox Series S into a laptop form factor that can be easily transported and used anywhere there is a power outlet. We developed xScreen so that we could keep gaming when the big screen at home is not available or when we are visiting friends, going on holiday or anywhere else we want to still play full-power console games away from a fixed screen.”

“With the release of Microsoft’s Xbox Series S, we saw an opportunity to create a portable full-power console due to its small form factor. The xScreen Xbox monitor has an integrated design that connects to the Xbox Series S with a removable folding screen and included speakers providing a laptop like experience on a console. Unlike previous solutions, due to the small form factor, the xScreen + Xbox Series S can easily be transported in any standard backpack. “

“The xScreen’s unique patent pending attachment connects directly into the HDMI and USB ports on the Xbox Series S. The USB powers the xScreen while the HDMI provides the screen and audio signal. The only cable required is the original power cable that came with the Xbox Series S.”

For a complete list of all available pledges, stretch goals, extra media and technical specifications for the portable Xbox screen, jump over to the official xScreen Xbox monitor campaign page by checking out the link below.