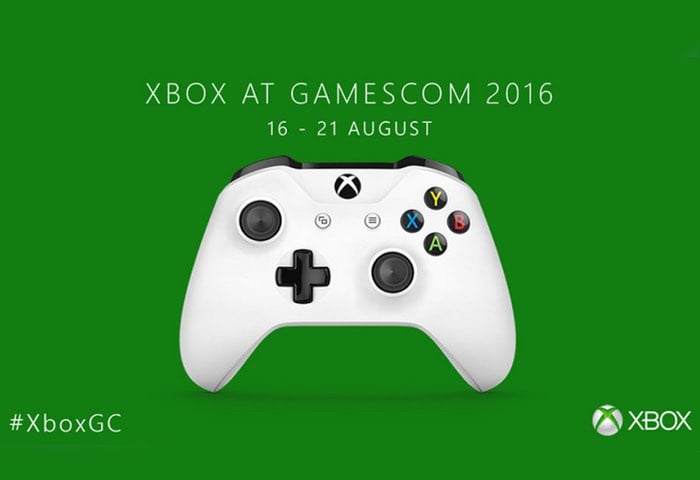 Aaron Greenberg, General Manager for Xbox Games Marketing has taken to the official Xbox Major Nelson website this week to announced details about Microsoft’s attendance at the upcoming Gamescom 2016 event, which takes place in just under five weeks time and kicks off on August 16th until 21st 2016.

On the Microsoft Gamescom 2016 stand attendees will be able to have the opportunity to try out the most anticipated titles for 2016 and 2017 for both the Xbox and Windows 10 platform.

Games being showcased at this year’s Xbox Gamescom 2016 event include, as you might have guessed, Gears of War 4, Forza Horizon 3, Halo Wars 2, ReCore as well as Sea of Thieves. Greenberg explains a little more about Microsoft’s plans of the Gamescom 2016 conference :

While we will not be hosting a media briefing this year, we’re planning a new and more intimate Xbox FanFest experience for our fans across Europe and worldwide attending gamescom 2016. We will be sharing more details on our gamescom 2016 Xbox FanFest soon.

We had a record-setting E3 and we were overwhelmed by the response. Xbox unveiled a new family of Xbox One devices, a host of new Xbox Live features and Xbox’s biggest games lineup ever on Xbox One and Windows 10. We also announced Xbox Play Anywhere, a new program which lets gamers buy a game once and play it on both their Windows 10 PC and Xbox One. Our E3 announcements showed Xbox’s commitment to offering gamers a future that goes beyond console generations and one that offers them the choice and freedom to play the games they want, with the people they want and on the devices they want.

At gamescom 2016 we’re excited to bring even more of these experiences into the hands of our fans. gamescom is always one of my favourite shows, and I’m excited to attend and spend time with everyone in Cologne. The Xbox booth at gamescom :