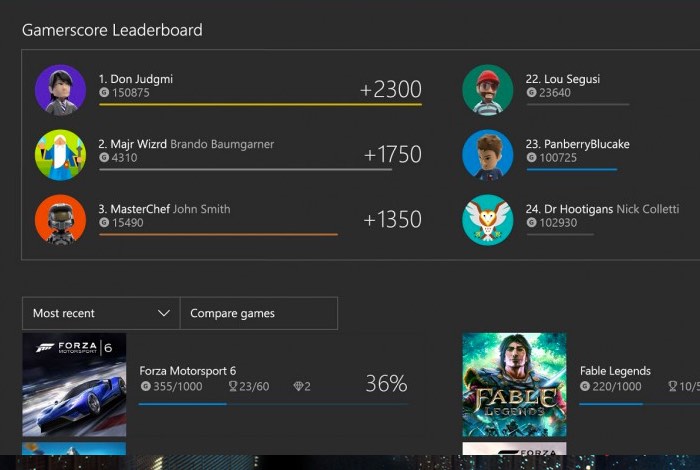 The latest Xbox February Update is rolling out for the Xbox app today will be arriving on Microsoft’s latest generation Xbox One tomorrow, Mike Ybarra, Director Of Program Management For Xbox has taken to the official Xbox Wire website this week to reveal more details about what you can expect when the Xbox February update arrives on your Xbox console.

The latest Xbox One update brings with it a wealth of new social features that will help Xbox gamers stay connected to the Xbox Live community using both console and PC.

New features you can enjoy include : See who’s in a Party, Gamerscore Leaderboard, Re-arrange Pins on Home and access them offline, Updating Activity Feed on Xbox One, Hide games from ‘ready-to-install’ list and more. Ybarra explains more :

Re-arrange Pins on Home and access them offline: Many of you have told us that you want Pins on your Xbox One Home to be easier to organize. You will now be able to rearrange individual pins. Just press ‘Y’ on a pinned item and, once it blinks, you can move it around. We’ve also made Pins accessible for launching when you are offline.

Avatar Store: Equip your avatar with the latest avatar items in the newly-integrated ‘Avatar Store’. On the console, the Store is built right into the Xbox Avatars app and on Windows 10 PCs and phones, access the Store through the Xbox Avatars app. Get access to the entire catalog of new and oldie-but-goodie items, including free items. As you’re perusing catalogs, enjoy the ability to preview the items on your avatar real-time before you buy.

For full details of all the updates you can expect to enjoy with the rollout of the Xbox February update jump over to the official Xbox Wire website for a full list and explanation of each via the link below.