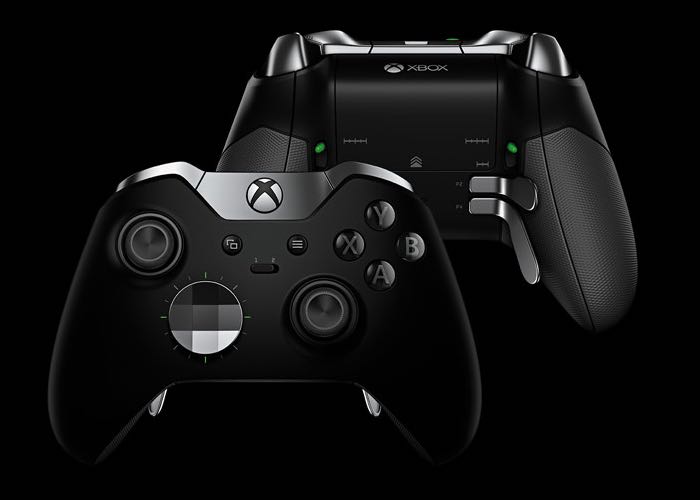 Navin Kumar from the Xbox team has this week taken to YouTube to explain all the customisation options Xbox One gamers will be able to enjoy after the purchase of the new Xbox Elite Wireless Controller.

The Xbox Elite Wireless Controller was unveiled earlier this year during the E3 games event and is priced at $150 and will be available on October 27th, just in time for the launch of the highly anticipated Halo 5 Guardians Xbox One game.

Within the video below Kumar how players can adjust trigger min and max values, thumbstick sensitivities, button assignments, and more, so the controls are exactly the way you want them.

The Xbox Elite Wireless Controller is also capable of being assigned any of 14 inputs to the ABXY buttons, paddles, D-pad, triggers, and thumbstick clicks, and you can create as many controller profiles as you like. With the ability to load up to two profiles on the controller at any time and instantly change between them with the built-in Profile Switch.

• Xbox Elite Wireless Controller, a carrying case, a set of 4 paddles, a set of 6 thumbsticks, a set of 2 D-pads: faceted and standard, a USB cable, AA batteries and a quick set up guide and product manual.
• Swap thumbsticks and D-pads for game-changing accuracy and speed.
• Fire faster with Hair Trigger Locks.
• Achieve greater control with interchangeable paddles and rubberized diamond grip.
• Customize your experience further with an easy-to-use app.