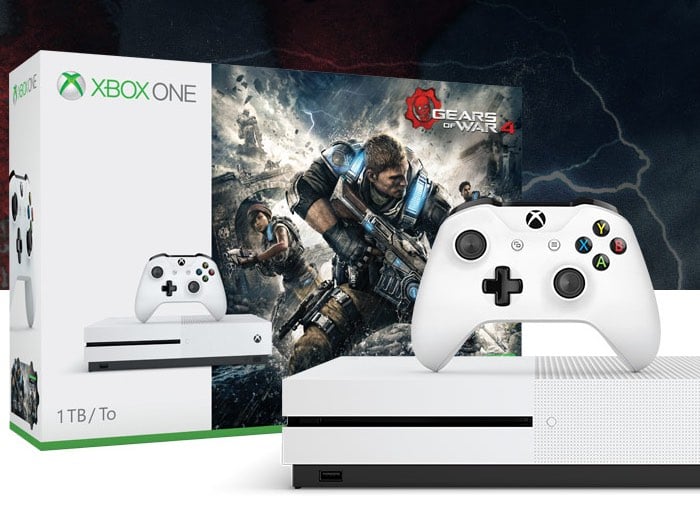 With Black Friday fast approaching knowing which deals to go for can be sometimes a little confusing with the huge array of different offers available for the Xbox Black Friday Deals.

Giving you plenty of time to mull over the details Microsoft’s Major Nelson has today released details of the Xbox Black Friday Deals offering $50 Off Xbox One S and up to 50% off Xbox games and more.

There has never been a better time than this Black Friday to pick up this year’s must-have games and an Xbox One, the best-selling gaming console in U.S. for the past four months according to NPD Group. Starting at $249, you can now get Xbox One S at its lowest price ever. Xbox One S is the only console available this holiday with built-in 4K UHD Blu-ray, so you can watch Blu-ray movies and stream video in stunning 4K Ultra HD.

It also enables High Dynamic Range (HDR) for gaming so you can experience richer, more luminous colors in blockbuster games like Gears of War 4, now $25 off.
But the deals don’t end there. See below for all the Black Friday and Cyber Monday deals you need to know about. Make sure to check with xbox.com, your local Microsoft Store, microsoftstore.com or your local retailer for more details on availability and pricing as deals will vary between retailers.
Save $50 on Xbox One S or Xbox One

Save $25 on Gears of War 4 bundled with the entire Gears Xbox 360 Collection and save $20 on ReCore at participating retailers nationwide.

The above deals apply to both online and in-store purchases at your local Microsoft Store and major participating retailers in the U.S., including on Cyber Monday, so you can save throughout the entire holiday weekend no matter where you are.

Take advantage of more than 250 deals on Xbox One and Xbox 360 digital games, movies, and TV shows, plus exclusive digital offers for Xbox Live Gold members :

▪ Xbox Live Gold members get early access to the weeklong Black Friday deals on Nov. 18, and everyone has access from Nov. 22-28. Plus, check back for even more great deals that will run over the Black Friday weekend, from Nov. 25-28
▪ Xbox Live Gold members also save up to 10% more on most sale titles, so go Gold to reap the benefits
▪ Save big on the top blockbuster titles from Microsoft Studios that you can buy once and play on both Xbox One and Windows 10, including Gears of War 4, Forza Horizon 3, and ReCore, and, for these three titles, all customers can get the same great discounts
▪ Get Windows 10 games, including Quantum Break, Rise of the Tomb Raider, Batman: The Telltale Series, Ori and the Blind Forest: Definitive Edition on sale
▪ Get discounts on hit movies up to 40% off, including Lights Out, Now You See Me 2, and Goosebumps, today’s hit TV shows, including South Park and Orphan Black, up to 50% off, including movies as low as $7.99 and TV up to 50% off

Nov. 24 – 28: Save $25 on Gears of War 4 (contains five games including Gears of War 4 and the Gears Xbox 360 Collection) and $20 on ReCore at participating retailers nationwide.