After being in the works for over a year, XBMC’s new media player: XBMC 11.o or “Eden” is finally available for download. 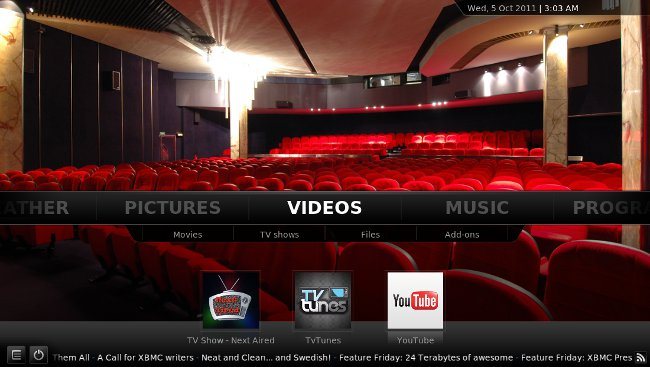 Eden has also widened its market via first in-sync stable release for the Apple2 TV, iPad and other iOs Devices. It has also made itself available for Ubuntu users through XBMCbuntu Final.

XBMCbuntu is very similar to XBMClive albeit a few upgrades. It is now built upon a full LXDE desktop environment, which has a web browser (Chromium) with a fully updated (and updatable) version of Flash built-in and a GUI package manager ready to install and update all of the normal Ubuntu programs a typical Linux user might use.

The user can now toggle between XBMC and a normal desktop at will. And XBMC is also upgrade able without crashing the XBMC experience. “Naturally, those users who do not want to see the desktop will never need to. When you boot your computer, you will be booted directly into the XBMC homescreen, just as you are right now. The only clear difference is the new power underneath the hood. Those users who have already installed the Beta version of XBMCbuntu can upgrade to final using the apt-get upgrade commands.” says the experts on the XBMC website.