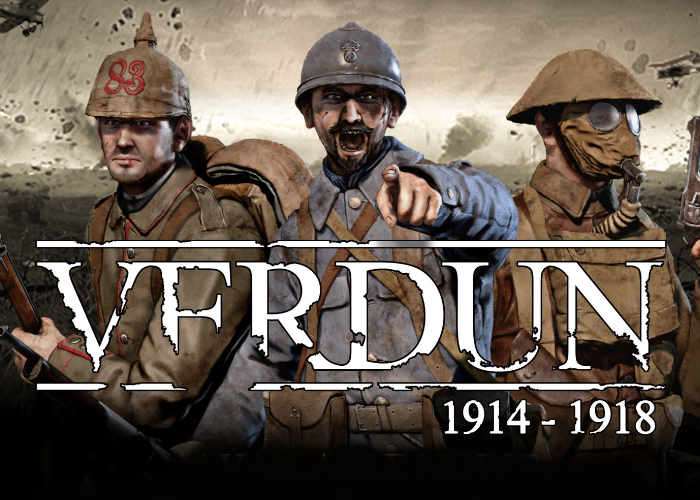 Those gamers looking forward to playing the realistic World War I multiplayer first person shooter on consoles which has been developed by M2H B.V. and Blackmill Games and takes the form of Verdun previously available on PC via Steam.

Will be pleased to know that it is now available to preorder and pre-download in anticipation of its March 8th, 2017 release date on the Xbox One. As a special launch bonus it is also available at a reduced price from the Xbox One store.

Check out the official trailer below to learn more about what you can expect from this trench warfare first person shooter which is set on the harsh western front between 1914 and 1918 during World War I, one of the bloodiest conflicts in world history.

The developers were inspired by the infamous Battle of Verdun in 1916. The game offers 4 distinct game-modes: Frontlines, Attrition, Rifle Deathmatch, and Squad Defense. There are also many historically accurate features such as realistic WW1 weaponry, authentic uniforms, horrendous gore, and maps based on the real battlefields of France and Belgium.REALISTIC WORLD WAR 1 GAMEPLAYThe gameplay is as immersive and gritty as it can get with elements such as realistic gore that portrays the true horror of the 1st World War Battlefield.

This feature can naturally be disable if preferred. The authentic weapons need to be handled with skill, as they each feel differently and there are no floating crosshairs to aid your aim. Also, the realistic bullet physics require you to lead your shots when firing on a moving target at long range. In the event of a gas attack, you need to put on your gas mask, which impairs your view and gives you a very claustrophobic experience.

And if getting shot or gassed isn’t enough, sudden artillery barrages that are called in by NCO’s can pin you down if you’re caught in the open and might obliterate your entire squad. This unforgiving war isn’t for the faint hearted! TACTICAL SQUAD-BASED FPSTeam play is what lies at the heart of Verdun. When you start a game, your first choice is to fight for either the Entente or the Central Powers. You can form one of the different squad types available to that side with up to three of your friends. Each squad has a specific tactic that is based on the historical units of that time.

Depending on your squad’s type, players can choose a specific role within the squad, complete with historically accurate attire, weapons and special abilities. The more Co-op experience you and your squad mates earn together, the more powerful your squad will become and the better abilities will be unlocked.