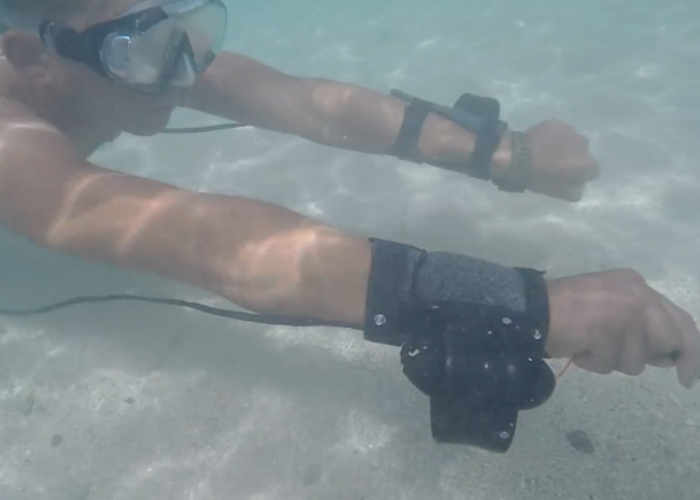 Snorkellers and swimmers that would like a little help to propel themselves through the water while exploring under the waves, may be interested in a new project which uses a little Arduino hardware and programming to create a set of wrist worn underwater propellers.

The small arm mounted propeller units are capable of propelling a skin diver through the water with minimal effort and have been created by PeterSripol who built the wrist worn propellers for a trip to Hawaii.

The devices used to two T100 thrusters which are controlled by a button interface with a small Arduino development board which also controls one of the three power levels and the divers speed. Check out the video below to learn more about the project and its construction.

Hey guys! for this project I wanted to try out the Blue Robotics T100 thrusters I got off of kickstarter a few years ago. These thrusters are mounted to the wrists rather than the hands but the title is just so the video can relate better in the results to Rudolph Maker’s “propellers to the feet” video which ultimately inspired me to try this!