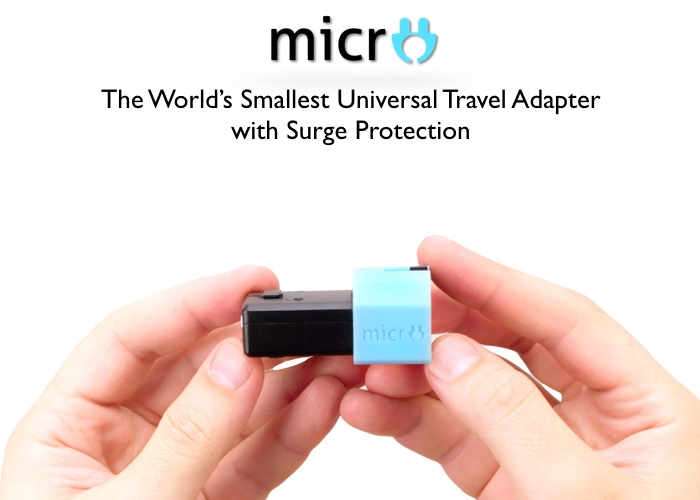 Anyone in the market for a universal travel adapter which takes up a very small amount of space may be interested in the aptly named Micro which has been launched via Kickstarter this month to raise the £15,000 it requires to go into production.

With still 43 days remaining on the campaign over 1400 backers have helped to secure over £45,000 with a backing for the “world’s smallest universal travel adapter”.

Watch the video below to learn more about its unique design, which is available from just £23 with shipping expected to take place during December 2017.

Micro makes your travel experience easier. Much sleeker and a lot cooler-looking, Micro is hands-down the world’s smallest and the best designed travel adapter you’ll ever own

The original crowdfunding campaign was suspended.