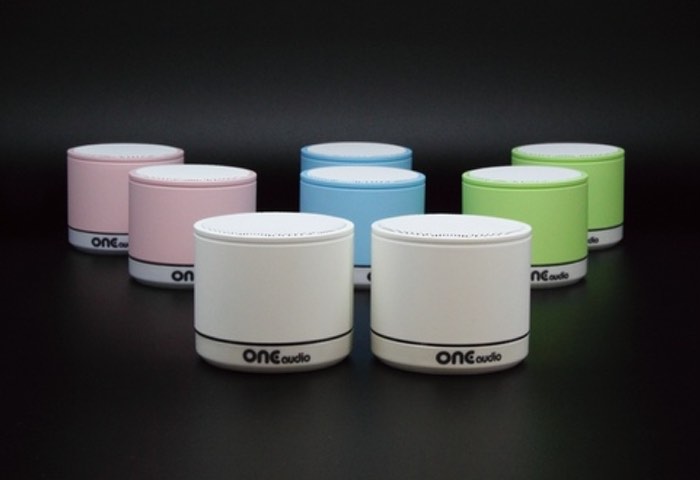 Audiophiles in search of a super small portable stereo wireless speaker system may be interested in the ONEmicro, which is being marketed as the “world’s smallest audiophile wireless speaker” and is available to back via Kickstarter with super early bird pledges starting from just $118.

Watch the promotional video below to learn more about this portable miniature wireless speaker that provides a high-quality stereo effect, together with pure and natural sound using DECT technology. 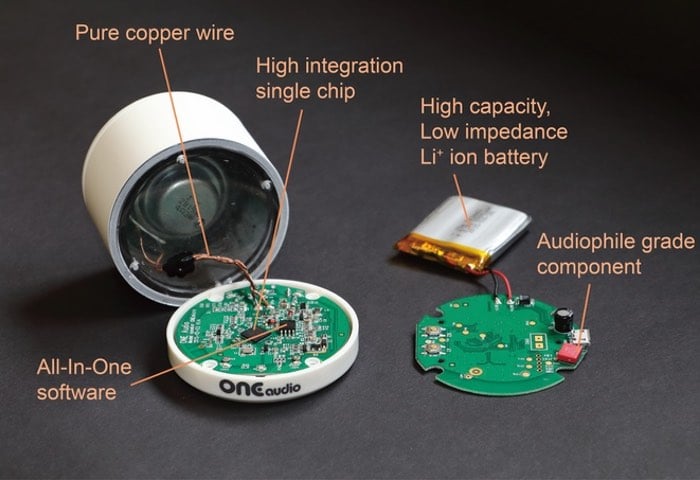 ONEmicro is a completely self-owned design with no third-party module. We have developed an all-in-one software and put it in a high integration single chip to minimize the number of component. This ensures the reliability and durability of ONEmicro. ONEmicro is made of audiophile grade component, high quality full range speaker driver, low impedance battery and pure copper speaker wire.

While most of the micro speakers on the market are made with plastics, ONEmicro’s round body is made with metal of 3mm thickness. This gives a strong hold for the speaker drive and the desirable weight for producing vivid and solid sound. The weight effect is even more prominent when the speakers are placed on a wooden surface as a secondary bass effect is thus generated. That said, sound quality is not attained at the expense of portability, ONEmicro’s weight of 9.5oz is easy to carry around.

ONEmicro’s speaker drive is installed facing upward for an all-round playback. Inside the transparent ring at the bottom part of the speaker are 2-colour LED for operation indication. The 2 keys under the bottom are all there is for performing operations of on/off, volume control, change connection and speaker pairing.

For more information on the new ONEmicro wireless speaker jump over to the Kickstarter website for details by following the link below.