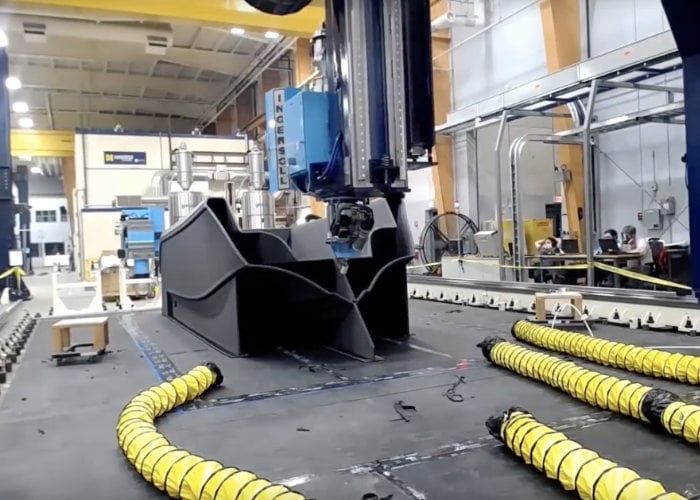 The world’s largest 3D printer has fabricated a 25 foot boat hull in just 72 hours and offers a glimpse at the industrial and commercialisation of 3D printing and how these large format 3D printers can help bring ideas to life in just a few days. Researchers at the University of Maine unveiled the world’s largest 3D-printer on Thursday and set three Guinness World Records while printing the boat, called the 3Dirigo, a 25 feet long hull weighing 5,000lbs.

The new 3D printer is designed to print objects as large as 100 feet long, 22 feet wide and 10 feet high, with an eye toward creating a new market for Maine’s forest products industry by 3D printing plastics with 50 percent wood. Habid Dagher, the executive director of UMaine’s Advanced Structures and Composites Center, says the 3Dirigo dwarfs the next largest printed part. “A 40-pound rowboat on the West Coast of the United States,” Dagher says. “We went from 40 pounds to 5,000 pounds, so hopefully this record will hold for a little while.”