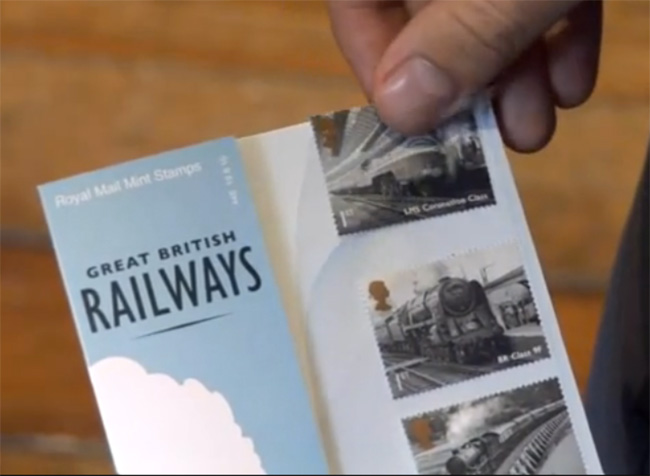 When the Augmented reality is activated on your iPhone a video of Bernard Cribbens reciting the W H Auden poem “Night Mail” will appear.

‘This is the first time a national postal service has used this kind of technology on their stamps and we`re very excited to be bringing intelligent stamps to the nation`s post’.