Intel and Lava, one of India’s fastest-growing mobile handset companies, have this week announced that their new Lava Xolo X900, the worlds first smartphone powered by an Intel processor will be arriving in India on April 23rd.

The Lava Xolo X900 smartphone is powered by a 1.6 GHz Atom processor with Hyper Threading Technology, together with a 400 MHz graphics clock and the full HD 1080p video recording and playback capabilities. 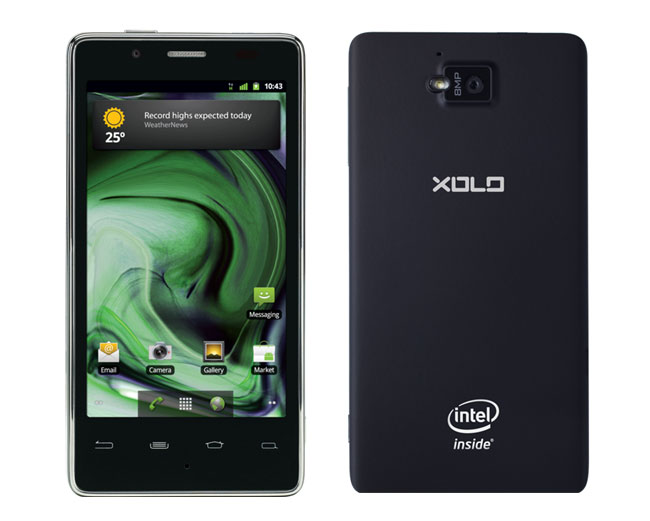 The Lava Xolo X900 is also fitted with a 4.03-inch high-resolution LCD touch screen and 8-megapixel camera, with a burst mode feature allowing 10 pictures to be captured in under a second.

Its internal battery has been designed to provide up to 5 hours of 3G browsing, 45 hours of audio and 8 hours of talk time. Mike Bell, Intel corporate vice president and general manager of the Mobile and Communications Group explains:

“The first smartphone with Intel inside is now available to Indian consumers,”-“The boundaries of personal computing are expanding. As we enter the India market with our first smartphone from Lava, the device not only showcases the rich capabilities and user benefits of Intel computing, but also highlights the exciting possibilities of what’s still to come.”

No information on pricing or worldwide availability has been released as yet.