A new digital/GPS checkin game has been created using FourSquare and Risk, (the board game that requires you to capture areas of land to conquer the world) style rules which have now combined to create a digital version of Risk using New York City as the gaming board.

The new World of Fourcraft game use a combination of Foursquare and Google Maps APIs to split New York City into gaming area which have to be captured by teams of players. You can decide which team you join by swearing allegiance to one of New York City’s five boroughs. The game then calculates which faction owns which neighbourhood by using the number of gamers who have checked into it from each team within the zones. 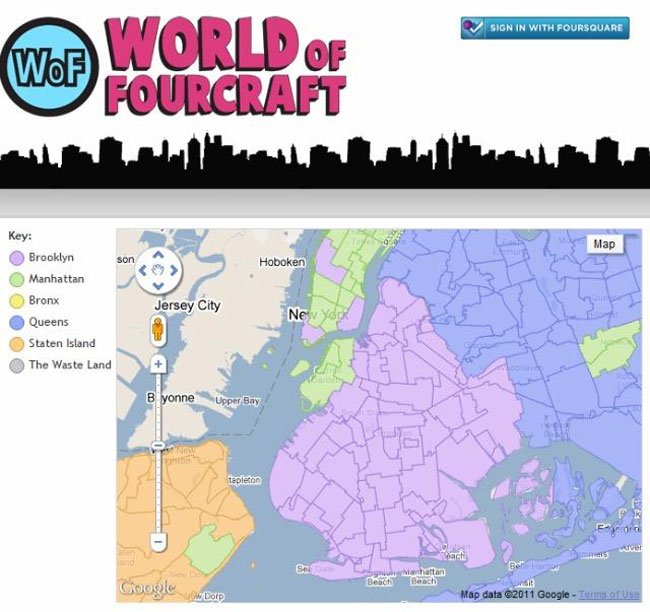 The World of Fourcraft game was created by a team of seven developers during the weekend hackathon at New York’s General Assembly and shows what some great creativity and programming skills can create.

“We wanted to make foursquare more compelling for long-term use,” “[On Foursquare] you have a weekly total that gets swiped at the end of the week. This keeps adding up.” explains Ricky Robinett a member of the development team.

For more information on the new World of Foursquare game and to sign up jump over to the official website.