A new app for the iPhone called Word Lens can apparently translate text instantly through the iPhones camera. Allowing you to simply point your camera at anything you require to be translated and voila its translated.

The Word Lens app is still currently under development in the sense it cant yet translate handwriting or stylized fonts and is only currently available in either English to Spanish and Spanish to English. 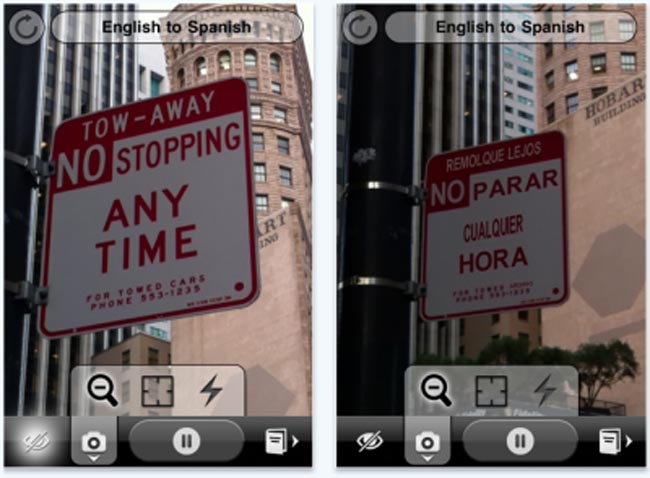 But hey on-the-fly translation through your camera, if it works as well as the developers suggest this is going to be a fantastic achievement.

The Word Lens app is currently available to purchase from the iTunes App Store for $4.99 and is no special offer at the moment with a 50 percent discount. The two language pack are bought separately as in app purchases.