New Android tablets are practically being announced on a daily basis, although today’s one certainly looks very interesting and it has some impressive specifications, the WooW Digital The One Tablet.

The One tablet will apparently come with the latest version of Google’s Android OS, Android 2.3 Gingerbread, it also features a 10 inch display with a resolution of 1024 x 600 pixels. 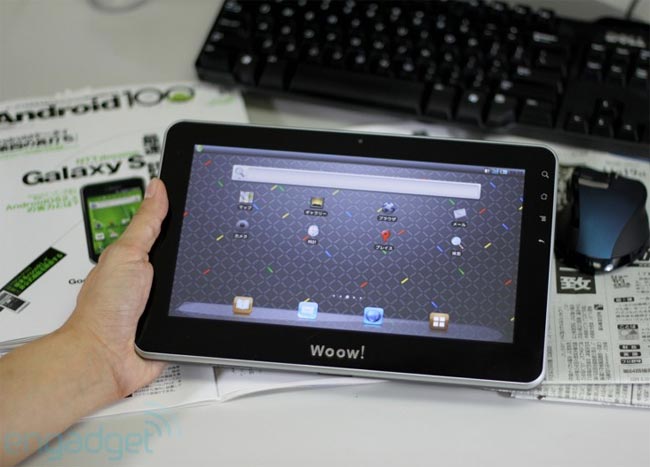 Processing comes from an NVIDIA Tegra 2 processor, and there is also 1GB of RAM and 16GB of flash storage, plus integrated WiFi, Bluetooth and WCDMA 3g connectivity.

According to Engadget, WooW Digital will be launching The One tablet in Japan before Christmas and it will retail for 42,000 YEN which is about $504.

If you thought this was going to be a Japan only tablet, good news as the company behind it says it also plans to launch it in Taiwan, Hong Kong and Europe shortly after, there are no details on a US release date as yet.