We have featured a few of these rubber band guns here at Geeky Gadgets, the latest one is based on the FN P90 submachine gun, and it was made by some Japanese guy.

The video below shows the rubber band FN P90 submachine gun in action, and from the looks of it, it would appear that this rubber band gun took some serious effort to make. 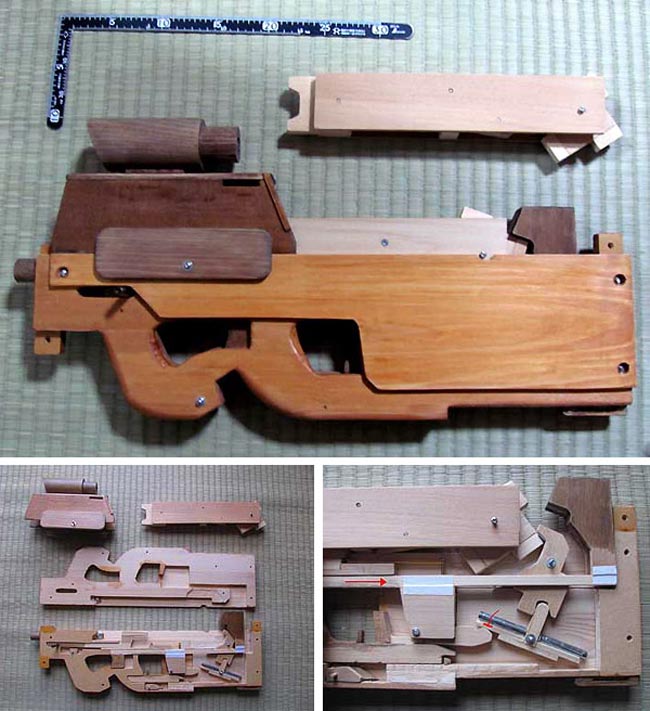 There really aren’t many details about it, or how it was made, it certainly looks pretty complicated from the photos and video.
Source Make, Technabob