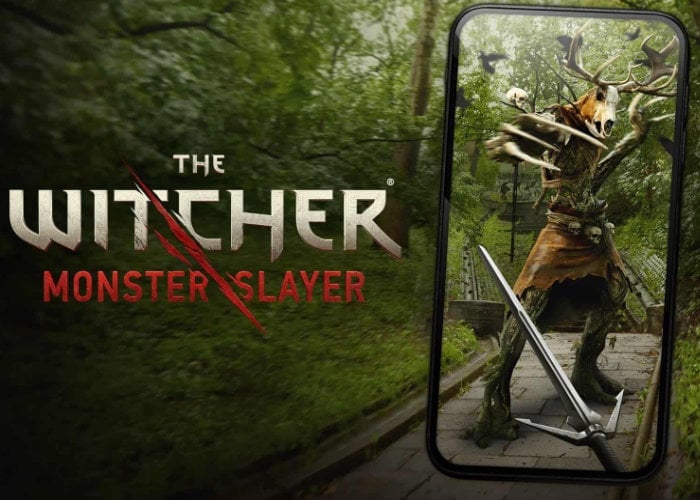 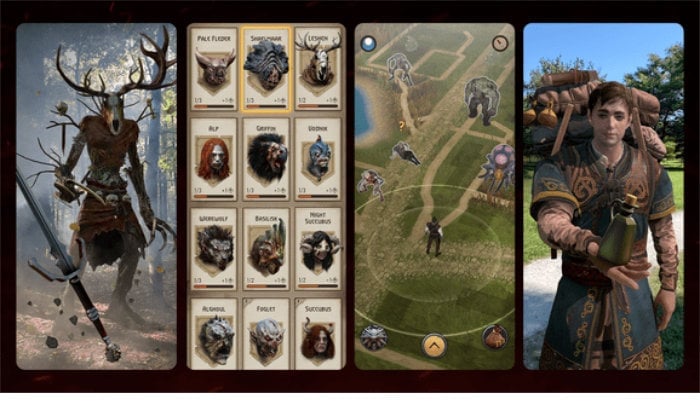 “The Witcher: Monster Slayer is a location-based augmented-reality RPG that challenges you to become a professional monster hunter. Venture out into the world around you and use your mobile device to track witcher-world monsters that roam close-by. Track these monsters and prepare for combat using time of day, weather conditions, and your witcher knowledge to gain an advantage on your quest to becoming an elite monster slayer.”

“Foul creatures roam the Continent — it’s your job to become the monster slayer, track prey lurking nearby and take them down with your sword in augmented reality! We’re happy to announce a new free-to-play, augmented-reality, location-based RPG set in the Witcher universe, developed by Spokko, member of CD PROJEKT Family!”