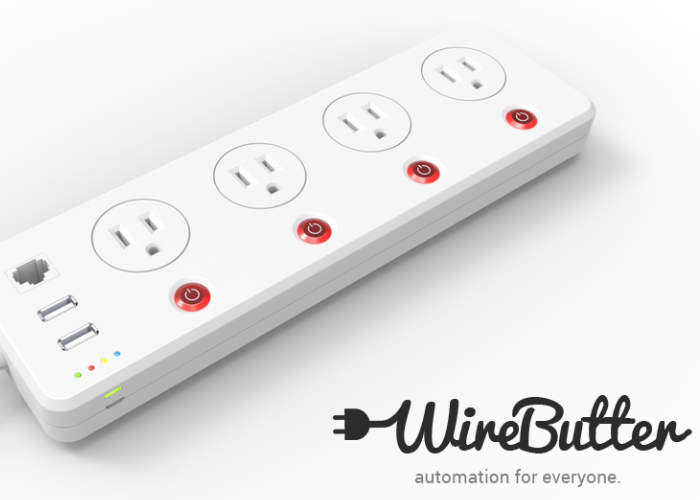 Anyone looking to add a little more advanced home automation to their living quarters might be interested in a new advanced piece of hardware called the Wirebutter, which has been specifically designed for Internet of things applications and home automation.

Watch the demonstration video below to learn more about the new system which has been designed by Anthony Salerno based in Melbourne Australia.

Wirebutter has this week been launched by a Kickstarter to raise the funds it requires to go into production. The project has pledges starting from as little as AUD $65 for earlybird backers. It’s creator explains more about the advanced power adapter and its features.

Imagine a powerboard as smart as an iPhone, complete with apps you can share among friends. It is so smart, it can communicate with other IoT devices or compatible gadgets through our Wirebutter store. Wirebutter have created the smartest powerboard in the world. It offers an all in one platform to control appliances, measure energy usage and communicate (wireless or wired) with other devices and third party vendor devices.

• Measure power consumption per socket.
• Turn each socket on/off
• Charges USB devices.
• Distribute the internet throughout your home\office.
• It can interact with any other Bluetooth/wifi/zigbee device.
• All the above can be done remotely or locally.
• Can be programmed to your desire!
• Enterprise ready security.