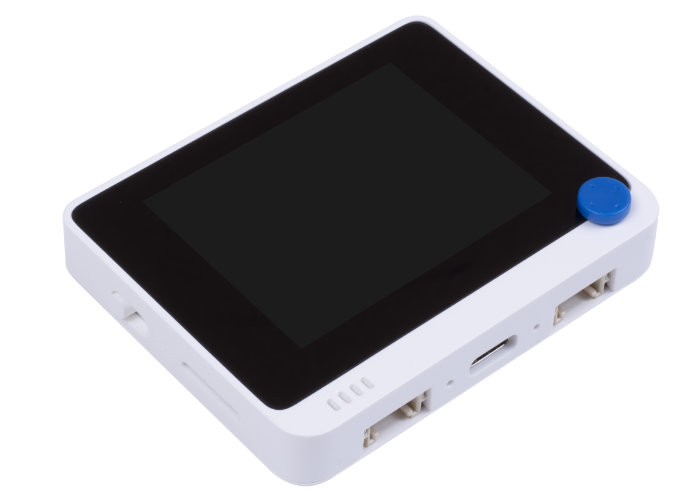 The developmnet team over at Seeed Studio has this week announced its Wio Terminal now supports the CircuitPython programming language created by Adafruit. CircuitPython is an open source derivative of the MicroPython programming language targeted towards the student and beginner an is a software implementation of the Python 3 programming language, written in C. The Wio Terminal is compatible with both Arduino and MicroPython offering an ATSAMD51-based microcontroller with wireless connectivity supported by Realtek RTL8720DN. Packed full of sensors, buttons, a color LCD screen, and Wi-Fi connectivity, the Wio Terminal from SeeedStudio is fantastic value for money priced at just $29.90.

Features of the Wio Terminal include :

“Wio Terminal is an ATSAMD51-based microcontroller with wireless connectivity supported by Realtek RTL8720DN. Its CPU speed runs at 120MHz (Boost up to 200MHz). Realtek RTL8720DN chip supports both Bluetooth and WiFi providing the backbone for IoT projects. The Wio Terminal itself is equipped with a 2.4” LCD Screen, onboard IMU(LIS3DHTR), Microphone, Buzzer, microSD card slot, Light sensor, and Infrared Emitter(IR 940nm).”