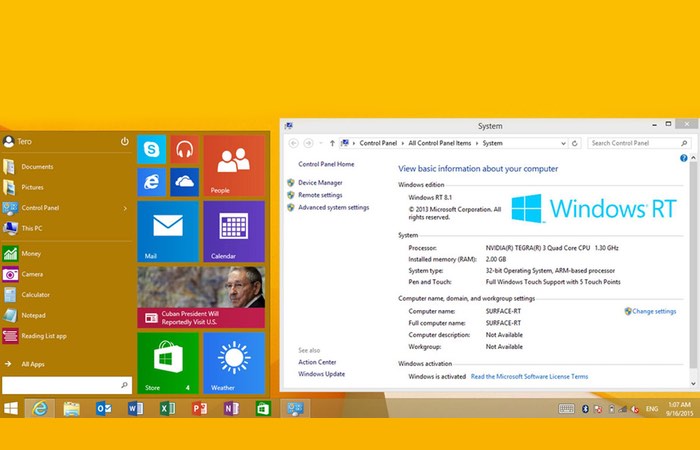 This week Microsoft has started rolling out a new update for its Windows RT operating system in the form of the previously announced Update 3, which is now available through the Windows Update service.

As well as bringing a number of tweaks and obligatory bug fixes. The new update also brings with it a Start Menu to the operating system that was designed for hardware running ARM-based processors.

Unfortunately the update does not bring anything new in the way of features such as integrating Microsoft’s Cortana voice assistant or its new Edge browser that users of their latest fully blown windows 10 operating system can enjoy.

Windows RT is also still limited to running Windows Store applications that have been specifically designed for the arty operating system. More details on what you can expect from the latest Windows RT Update 3 jump over to the sites via the link below.