Microsoft is working on the next big Windows Phone update dubbed as the Windows Phone 8.1. We’ve seen quite a lot of leaks hinting at the possible launch of the operating system, as well as the list of features that will be a part of it.

Earlier, we heard Windwos Phone 8.1 will come with the ability to set custom backgrounds on Start Screen, and now we have some screenshots to go with the leaks. 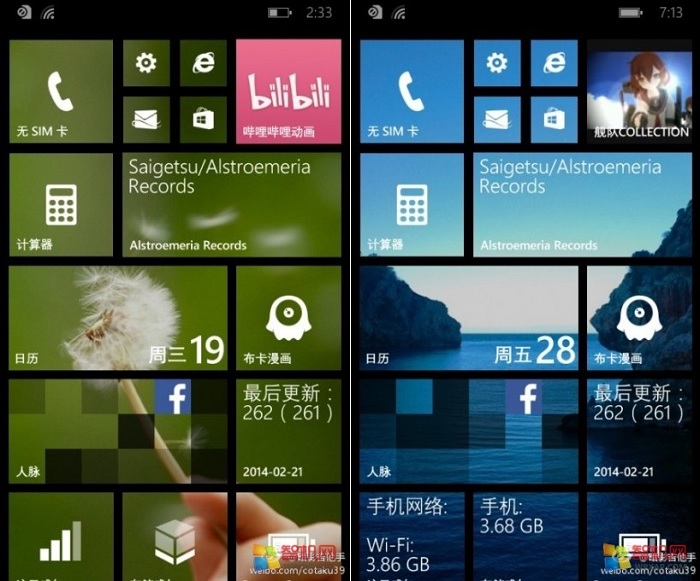 It seems users with Windows Phone devices across the globe will be able to enjoy this feature on their phones tablets across the globe. The images emerged from Chinese shores, and reveals the live tiles can also be set to transparent or skinned with an image. The folks at The Verge confirms the images are genuine.

The app will not be enabled by default, and every app live tile cannot be skinned with a background image. This is not a groundbreaking feature, but should be good for those who want to customize the start screen on their handset.

Microsoft is expected to unveil the upcoming Windows Phone 8.1 at the Build 2014 conference in April. We’ll let you know as soon as anything else comes up related to Microsoft’s upcoming OS.