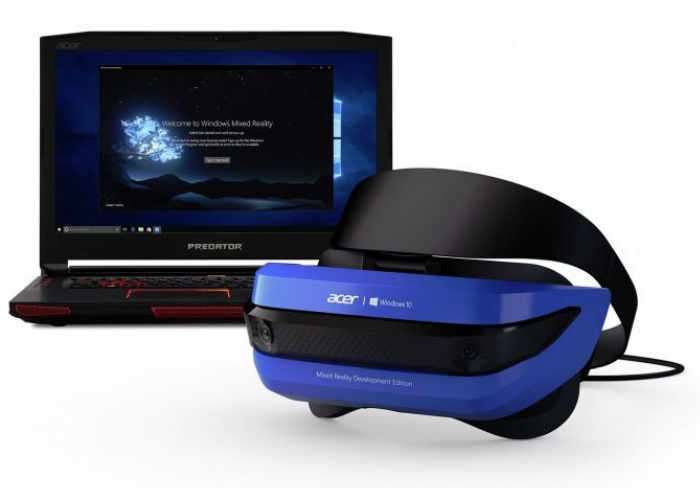 As expected Microsoft has today made their Windows mixed reality headsets available to pre-order with prices starting from $299, with officially shipping starting during the summer months of 2017.

Two developer models are currently available from Acer and HP costing $299 or $329 respectively, both of which are now available to pre-order and will start shipping this summer.

The path to developing is easier than you think with the Universal Windows Platform. Use a single set of APIs and a common set of skills to create apps and games. Visit the Windows Dev Center to view our documentation, download the tools, and join our community of developers.

For more information on the Windows mixed reality headsets which are now available to preorder jump over to the official Microsoft store by following the link below.