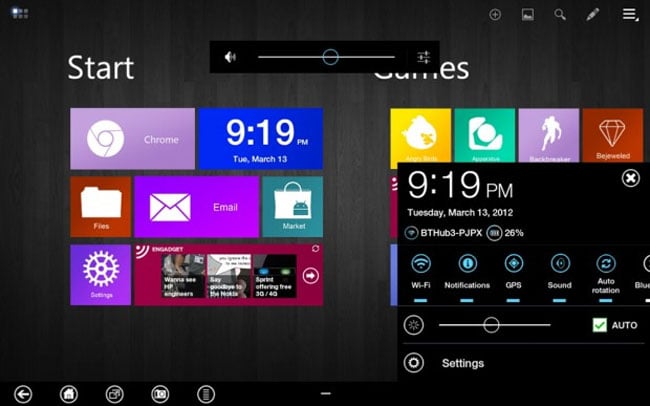 “Metro UI is based on the new look of windows 8 and bits of windows phone. i have tried to style it as i think it should look on our tabs so it is not an exact replica of windows 8.”