New statistics have been released this month by Net Applications for the adoption of Microsoft’s latest Windows 8 operating system which has now taken a leap to 7.41 percent of the market share gaining 2.01 percent.

Microsoft will also be pleased to learn that their age old Windows XP operating system has this month dropped 3.53 percentage points from 37.19 percent to 33.66 percent. 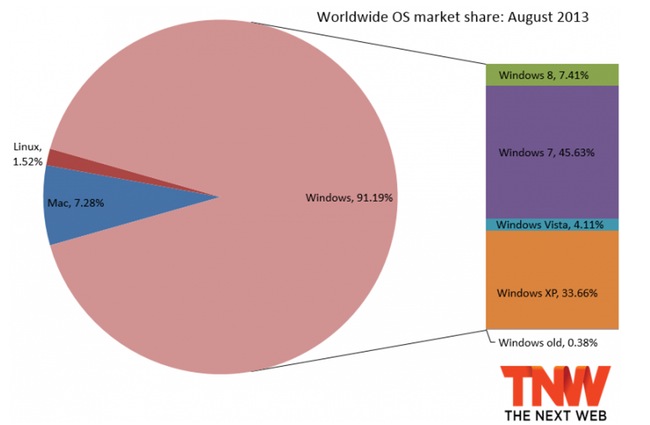 Its thought that the jump of Microsoft’s latest Windows 8 operating system in June was contributed to the releasing its free preview of Windows 8.1. The new and highly anticipated release of the Windows 8.1 update will be arriving on October 17th as a digital download and October 18th is expected to be the full retail release date.