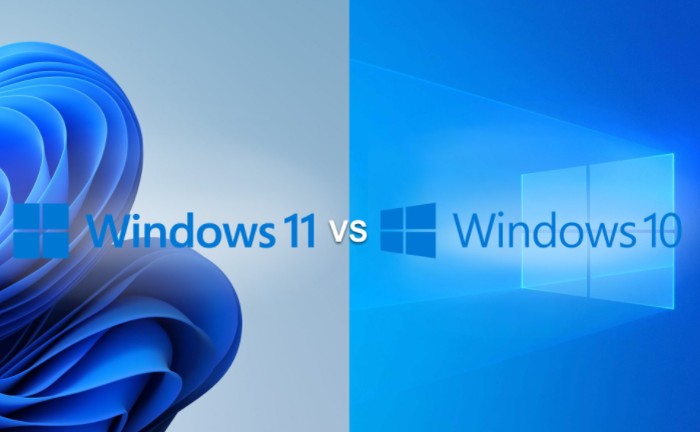 If you have been considering upgrading your Windows 10 computer to the latest Windows 11 OS but are still unsure whether you will benefit from the upgrade. You might be interested to know that the team from PCMag have carried out an insightful Windows 10 vs Windows 11 tests using a Dell Inspiron laptop. Examining the laptops performance when running Windows 10 and then again after upgrading to Microsoft’s latest Windows 11 operating system. So if you’re still on the fence as whether to upgrade from Windows 10 to Windows 11 the article may provide the information you are looking for to make the choice.

– Efficiency improvements won’t show up in pure performance tests: Microsoft claims improvements made to web browsing speed, smaller Windows Update files, and added security, but those don’t play straight into raw productivity power.
– Microsoft warned about diminished performance with Ryzen processors on Windows 11, but it has since pushed an update meant to fix that issue. Based on the numbers we saw, it seems to have worked.
– Enough success to say it’s an improvement, but not by much: We didn’t see much performance difference between the two operating systems. The differences are small, mostly within what we would consider margin of error; anything under 2% we typically regard as possible run-to-run variance.
– Upgrading is fine, no need to wait: Concern over a potential performance drop is not warranted based on these results, even with our Ryzen-based laptop for the tests. So if users want Windows 11 for the features, go for it.

“The Windows 11-versus-10 differences may be small, indeed mostly within what we would consider margin of error. Indeed, anything under 2% we typically regard as possible run-to-run variance. But let’s take a closer look at the results anyway. The Windows 11 results mostly edge out the Windows 10 numbers, even if not by much. The PCMark 10, Geekbench, and Photoshop scores are all higher on Windows 11, to varying degrees. Some of these are slightly outside the normal, smaller margins of error that normally occur from one run to the next, so there’s likely something to the OS difference here. Consider it a minor win for Windows 11 performance.”

For the full Windows 10 vs Windows 11 comparison and in-depth performance analysis jump over to the official PCMag article by following the link below.