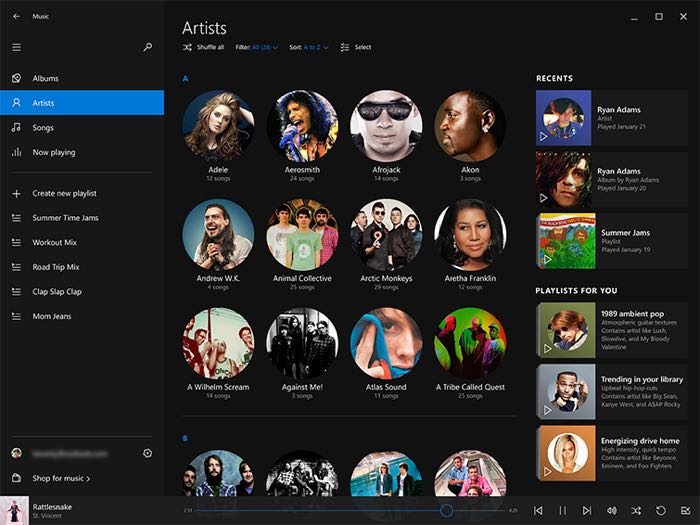 Microsoft has released a screenshot of its new Windows 10 music app which will be released with Windows 10.

The new Windows 10 Music app gets a new look and a dark color scheme and a number of design changes over the existing preview app.

The new design for the Music App in Windows 10 shows recent tracks on the side and also an updated menu on the left, it also looks like Microsoft has dropped its Xbox branding from the application.

The new black theme for the Music app is in line with the new Windows 10 themes and Microsoft is expected to release the software with black and white colors options.

Microsoft will release their new software later this summer, it is headed to a range of platforms which includes desktops, notebooks, smartphones and tablets.