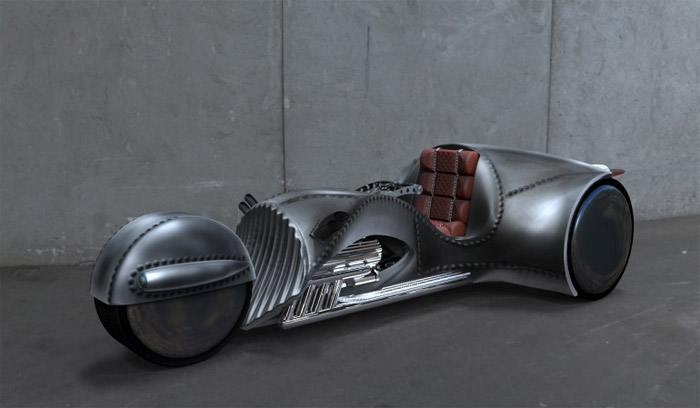 When I think of William Shatner, I think of Captain Kirk and his stint on Psych. I certainly don’t think of motorcycles. Apparently, Shatner like motorcycles, at least enough to co-design a very wild looking bike with a bike company from Illinois.

Shatner has teamed up with American Wrench to design a trike called the Rivet. The name comes from the rivets on the body of the bike that apparently hold it together. The design is based on the style of a B-17 bomber and it looks like something Mad Max would ride in an apocalyptic future.

The bike won’t use a V-twin like many motorcycles out there. Rivet will get power from a gigantic supercharged V8 producing over 500hp. Yeah, 500hp in a motorcycle sounds really safe. According to American Wrench, the engine is similar to what the Cadillac CTS-V uses. The Rivet will also use some sort of twin lever steering system rather than handlebars. We don’t know how many of these will be built or what they will cost at this time. I’d wager they will be expensive machines.