Not long know until Apple officially announced the new iPad 2, until then we will have to make with a bunch of rumors on what specifications we will see in the iPad 2.

Now the guys over at the BGR have obtained a photo, which they are reporting is of the new iPad 2, and from the looks of the photo it has all the features we have been hearing about. 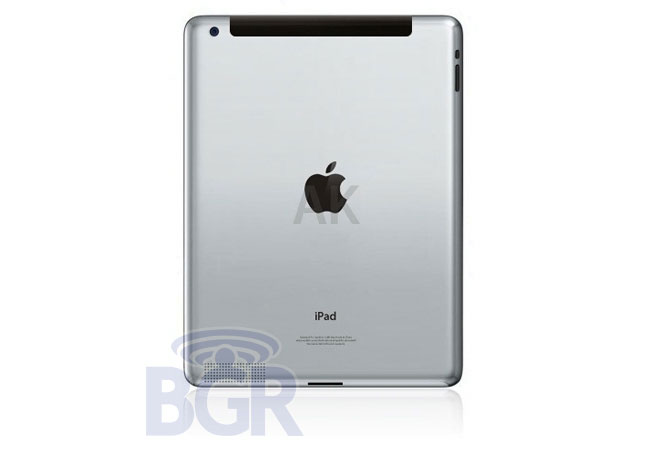 We have no idea whether or not the above photo is actually of the new iPad 2, but we suspect it will slightly similar to this one when it is announced on Wednesday.