DNA sequencing sounds like something that needs a multimillion dollar machine and a major laboratory of a University or a government think tank lab. There might be some truth to that statement me, but later this year what may be the world’s smallest DNA sequencer is set to launch from a company called Oxford Nanopore. 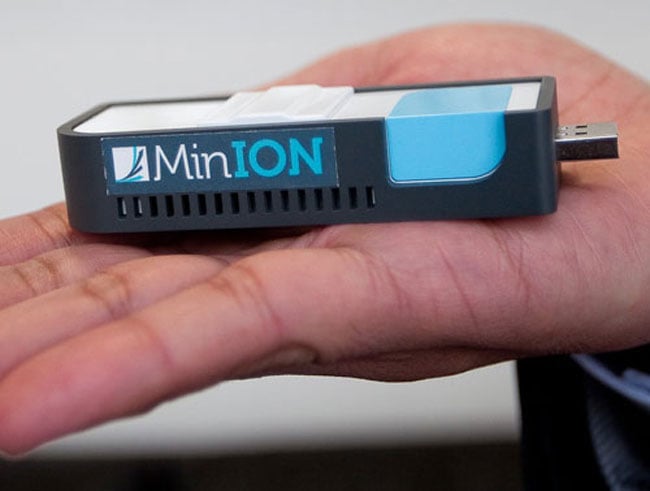 The product will be called the MinIon and it will plug into a USB port on a computer. Using the sequencer and some sort of enzyme solution, prepared samples can be applied to the sequencer and sucked into the machine via a little hole. Once inside the sequencer the DNA base pairs are broken down and tested consecutively.

I have no idea exactly what the process of sequencing DNA involves, but it sounds very complicated. The little USB sequencer will sell for $900 and should launch sometime this year.