At E3 this week Nintendo have been show casing their new Wii U console, which is expected to arrive in time for the holiday season this year, and will be backwards compatible with current Wii games.

The Wii U has been in development since 2008, and even though it doesn’t bring any next generation console power or graphics. Nintendo has included a touch screen controller to try and tempt customers into upgrading to the new Wii U console. But is it enough? 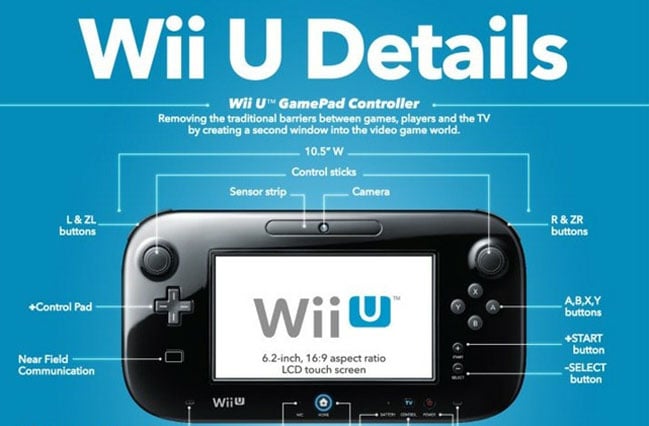 The specification sheet doesn’t give away too much as far as in depth technical details, but provides an overview of the system and what you can expect from the controller.

Even though the Wii U now has high definition playback, and a more robust processor in-line with Xbox 360 and PS3, will it be enough to lure “core” gamers back to Nintendo? 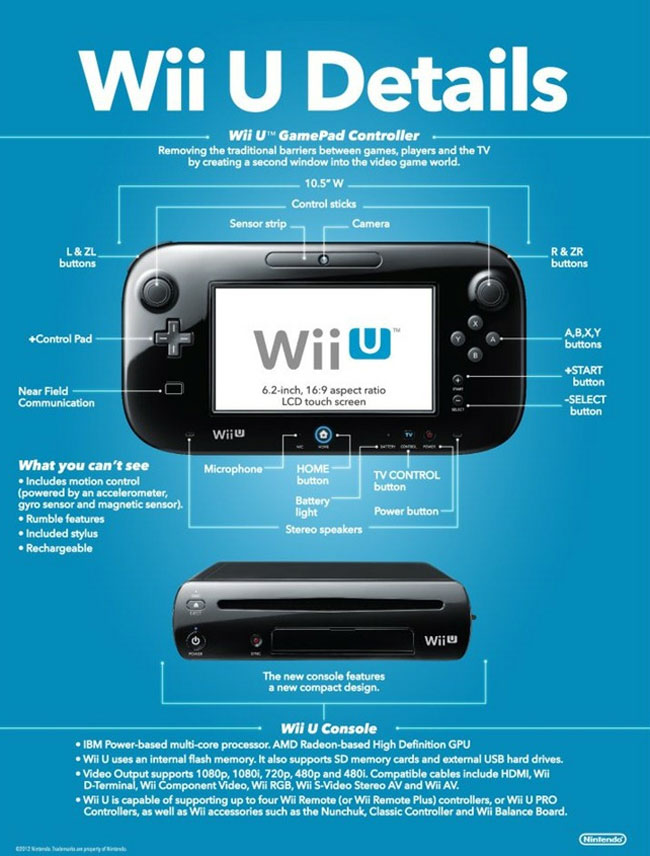