We have seens lots of fun controller accessories, the latest is designed to be used with darts games like PDC World Championship Darts, the Wii Darts Controller.

The Wii Darts Controller comprises of a tip and a feather shaped tail to your Wiimote, which makes it more like a dart when you are playing your favourite darts game on the Wii. 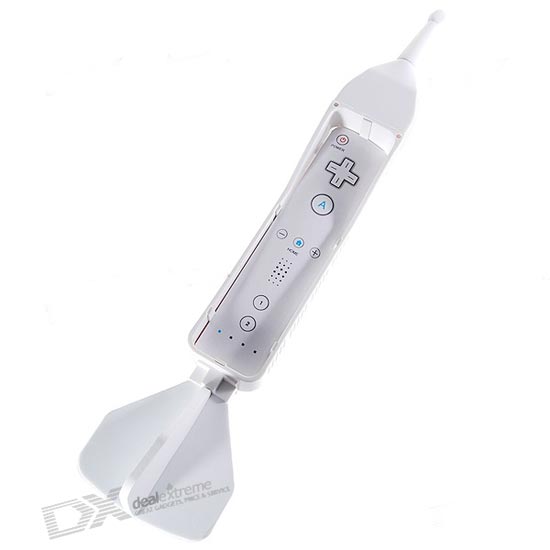 Just make sure you dont throw it at your TV!

The Wii Darts Controller is available for $9.54 from DealExtreme.