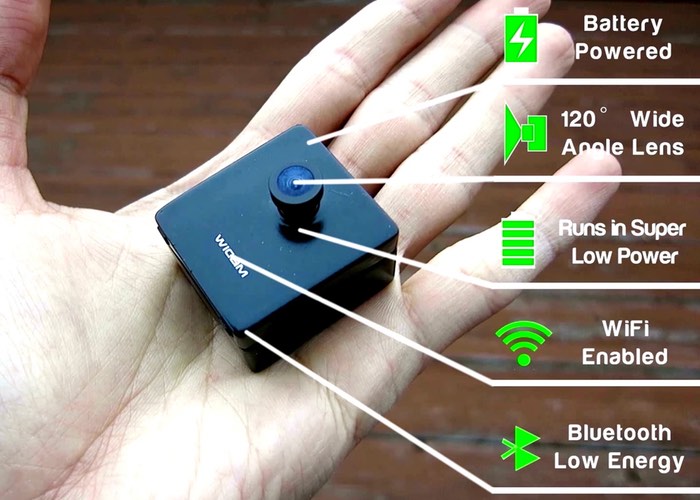 Armstart has created a new programmable wireless camera called the WiCAM which is capable of being installed anywhere and is also Bluetooth enabled and fitted with a 120 degree wide-angle lens.

The WiCAM has this week launched on Kickstarter and hopes to raise $40,000 over the next 50 days to go into production, what the promotional video below to learn more about its inspiration, design and functionality.

The developers of WiCAM explain a little more about the programmable wireless cameras inspiration and why they built it.

Some days it feels like our world isn’t as safe as it used to be. People get robbed on the street, burglar sneaks into our house from the back yard, or bikers get hit by the car behind them. What if we had an extra eye to watch our back knowing if we’re being followed by someone on the street, or watch the bad drivers from the back of my bike? What if we could see who’s in the backyard or front door without showing ourselves?

Yes, we can solve them with a camera! But, the cameras we have are either huge or wired which makes them impossible to carry. Or they are power hungry and we have to charge battery multiple times each day. Eventually they became expensive high tech toys sitting inside the drawer.

We need something better! It has to be wireless and super small, easy to carry and can be installed anywhere. And it has to be super low power so that a single charge can run for a long time.

For more information on the new WiCAM jump over to the Kickstarter website for details and to make a pledge from $68.