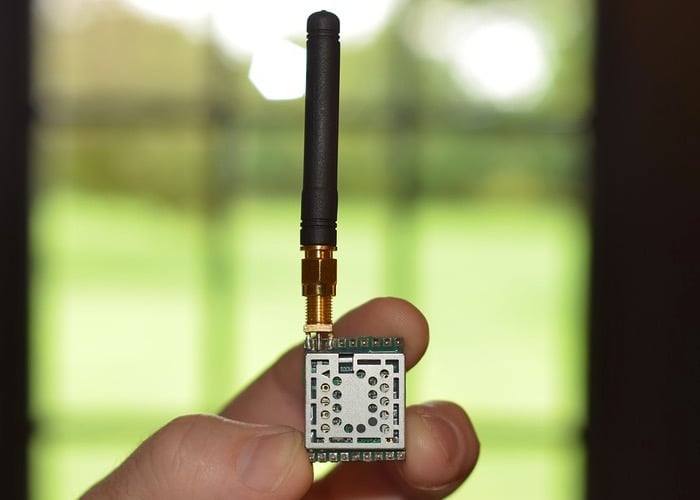 Developers and hobbyists that enjoy building projects and using the Internet of Things may be interested in a new wireless IoT device called the Whisker.

The Whisker provides up to a 4 mile range and 5 year battery life for connectivity using two AAA batteries and already supports hundreds of sensors and devices. Watch the video after the jump to learn more about the Whisker wireless IoT project. 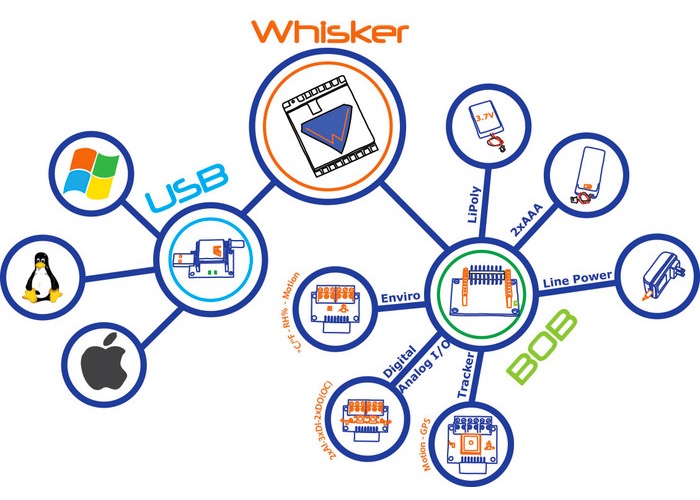 “Whisker is a wireless platform for building IoT (Internet of Things) applications.  It doesn’t matter whether the “things” in your “internet” are homes, robots, cars, or even pets… Whisker lets you monitor, track or control anything, even when that “thing” is miles away.

The Whisker IoT Invention Kit is a combination of support boards and software that allow you to quickly connect power and sensors (or other devices) and get them working together and talking on the internet fast, whether you are a complete novice or an old hand with a soldering iron and IDE.  And to make it even easier, we are creating a bunch of “Whisker Mashups” that show you exactly how to use Whisker for lots of different things.”

The Whisker project is currently over on the Kickstarter crowd funding website looking to raise enough pledges to make the jump from concept to production. So if you think the Whisker wireless IoT device is something you could benefit from, visit the Kickstarter website now to make a pledge and help Whisker become a reality.