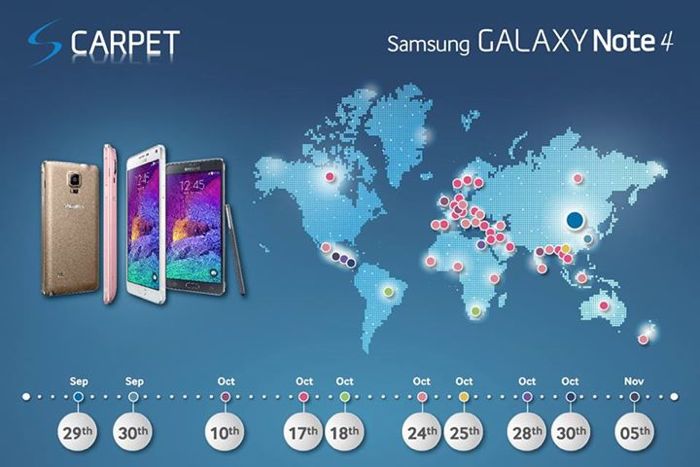 The Samsung Galaxy Note 4 recently went on sale in South Korea, and now Samsung has released more information on when the handset will launch in various countries around the world.

Samsung posted the graphic above to their Facebook page, and it gives us more details on the launch date of the handset for each country.

Other launch dates include October 11th Singapore, October 13th Thailand, October 15th Myanmar and the next launch date is the 17th of October which will be Canada and Cambodia, the handset will land in Vietnam on the 24th and on the 25th it will go on sale in the Philippines, Laos and Indonesia.