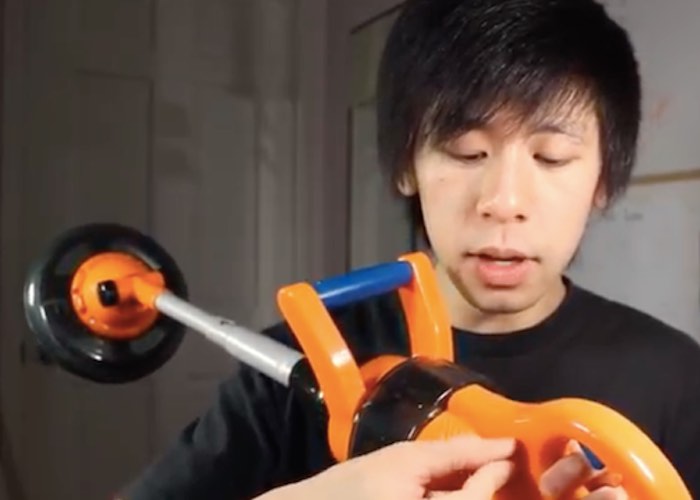 Using the power of Arduino Evan Kale has transformed a weed wacker into an Arduino powered metal detector, check out the video below to learn more and see the construction process.

The build is based on a Colpitts Oscillator, which combines an LC circuit with a transistor amplifier for feedback says the Arduino website who explain a little more about the build.

The frequency of oscillation is somewhere in the 100KHz range, which cannot be heard by humans. Enter the Arduino. When the trigger is pressed, an Arduino program translates the oscillation into an audible tone that is played out of the speaker. When the oscillation exceeds a certain threshold, it also emits a celebratory light show because… why not?

For more information on the new DIY metal detector jump over to the Evan Kale YouTube channel website for details by following the link below.  If you enjoyed this article you are sure to enjoy how to build your very own Arduino wind speed meter or anemometer project which is easy to build with basic Arduino skills.