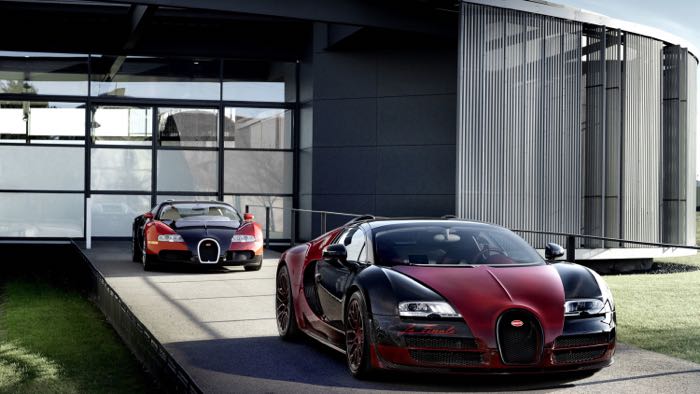 The last ever Bugatti Veyron was announced at the Geneva Motor Show the final car is called ‘La Finale’ and it is the 450th Veyron to be built.

The video below shows the team at Bugatti putting together their last every Bugatti Veyron at their factory in Molsheim, France.

The Bugatti Veyron La Finale comes with a custom interior and a custom paint job, it features an 8 litre quad turbocharged W16 engine and has a massive 1200 HP.

Bugatti will be launching a successor to the Veyron some time in the future, although at the moment the the company is very secretive about their next supercar.

As soon as we get some more details on what will be replacing the Veyron we will let you guys know.