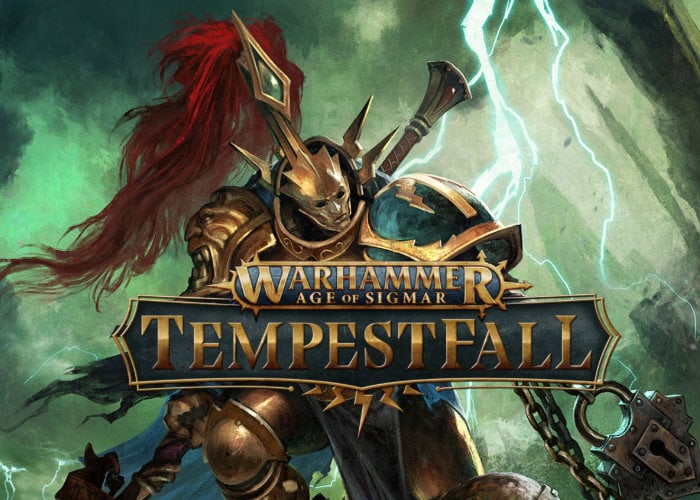 Virtual reality game is looking forward to the launch of the highly anticipated Warhammer Age of Sigmar Tempestfall hack and slash adventure, will be pleased to know a new cinematic trailer has been released providing a glimpse at what you can expect from gameplay and storyline.

“Set in the Age of Sigmar universe, Tempestfall’s campaign begins following the devastating event known as the Necroquake in the Realm of Death, known as Shyish. This massive explosion of dark magic has triggered the Nighthaunt forces to rise up all across the Mortal Realms. In response a retinue of Stormcast Eternals, the embodiment of Sigmar’s wrath made manifest, and gifted with superhuman speed, strength and endurance has been especially assembled. The quest to lead this retinue and investigate this new threat to the Mortal Realms, and the dangerous task of a hands-on investigation in Shyish, falls to you, Lord-Arcanum Castor Stormscryer.”

“Descend in thunderous Tempestfall and deliver justice in the name of Sigmar. Walk the realm of death and lead your brethren to utter victory in this VR-exclusive Warhammer game. Wield melee weapons and powerful staves to combat hordes of Nighthaunt using motion-based abilities and magic. Become a mighty Lord-Arcanum, wielder of storm magic, and lead a Stormcast Eternal task force to recover your brethren’s lost souls. Walk the lands of Shyish, discover the secrets of Death, and battle forces of Nighthaunt in Warhammer Age of Sigmar: Tempestfall.”